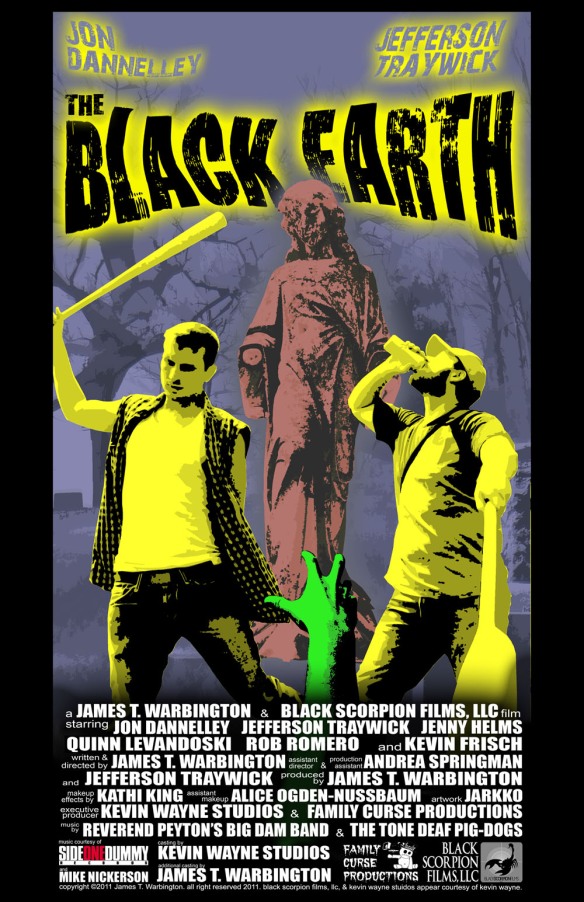 From what I understand about the film, The Black Earth packs a real punch! It has rednecks (the Ellis cousins–see a family resemblance to me?), beer, zombies, and music. What more could you want?

Here’s the official site’s blurb about the film and its soundtrack:

AS THE ELLIS BROTHERS HAVE DEFENDED THE BLACK EARTH, WE CAN OFFICIALLY SAY THE FILMING IS OVER AND WE ARE HEADED INTO THE EDITING PROCESS. I HAVE LEARNED THAT IF YOU DRINK ENOUGH MOUNTAIN CREEK OR MOUNTAIN CREST THAT YOU HALLUCINATE………

The Short Film will Feature “Ft. Wayne Zoo” by Reverend Peyton’s Big Damn Band from their latest studio release “The Wages” from sideonedummy records.  Also “Don’t Need This: from Atlanta Old School Punk Rockers The Tone Deaf Pig-Dogs.  Also the official beer of the Ellis Cousin’s will be Wisconsin’s Own “Mountain Creek” from Minhas Craft Brewery.

I will report back when I know when and where the film will get its debut. Find out more about the film and James’ other projects on the official website here.