Special Issue Co-Editors Jason W. Ellis and Sean Scanlan are pleased to announce the publication of NANO: New American Notes Online issue 12 on Star Wars: The Force Awakens: Narrative, Characters, Media, and Event. Focusing on the transmedia aspects of the continuation of the Star Wars film saga following Lucasfilm’s acquisition by Disney, this issue’s contributors explore how transmedia storytelling is leveraged in different aspects of fanfiction, promoting ideologies of global capitalism, and reconfigures Joseph Campbell’s hero myth. Also, we are honored to present an interview with Cass R. Sunstein, author of The World According to Star Wars. Now that The Last Jedi is in theaters, there is much more to be said on the issues these contributors debate. Follow the link below to read the current issue. 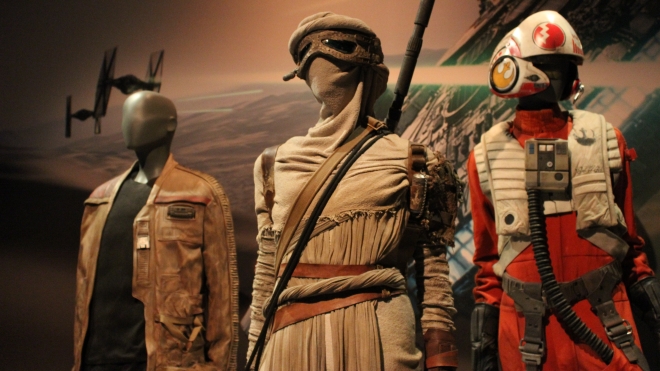 – Welcoming the Dark Side?: Exploring Whitelash and Actual Space Nazis in TFA Fanfiction by Cait Coker and Karen Viars

– Interpellation by the Force: Biopolitical Cultural Apparatuses in The Force Awakens by Simon Orpana

– The Force Awakens: The Individualistic and Contemporary Heroine by Payal Doctor

– An Interview with Cass R. Sunstein: Author of The World According to Star Wars by Jason W. Ellis and Sean Scanlan

NANO: New American Notes Online is an interdisciplinary academic journal. Our goal is to invigorate humanities discourse by publishing brief peer-reviewed reports with a fast turnaround enabled by digital technologies.

Visit https://nanocrit.com/Submissions for details and instructions for submitting your writing.