The Science Fiction Research Association (SFRA), founded in 1970, is one of the leading groups dedicated to examination and discussion of the popular culture of science fiction and fantasy in literature, film, art, and video games, and we always hold the door open for new members to join us in professional discussion online and at our annual conference as well as in scholarly publication in the SFRA Review. As a member, you become a part of an international community of scholars and fans who share their expertise for personal enjoyment and professional development. Additionally, our members have many opportunities for personal development by contributing to the organization through service, publication, and participation. You can be a part of this dynamic group, too!

Our members are among the top experts in the academy and fandom alike, because we do not restrict membership to university faculty. Our member rolls include writers, librarians, booksellers, filmmakers, and invested fans.

With an annual membership, you gain these material benefits in addition to the personal benefits of professional development, collaboration, and discussion: 4 issues of the SFRA Review, 3 issues of the journal Extrapolation, and 3 issues of Science Fiction Studies. Additionally, members may participate in the active SFRA listserv discussion list, submit reviews and essays to the SFRA Review for potential publication, and present papers or conduct panels at our annual conference, which meets at a different city each year (once internationally outside of the U.S. every three years). An individual membership costs only $80/year, and a student membership costs only $60/year!

Our 2011 meeting will be held in Lublin, Poland with the theme, “Dreams Not Only American: Science Fiction’s Transatlantic Transactions.” Visit the official website here for information on submitting a paper proposal, travel arrangements, and accommodation.

It is never too late to join the oldest professional organization that supports teaching and research in the science fiction and fantasy fields in all media. You too can join the SFRA by visiting our official website here.

If you have questions about the SFRA, its mission, or how to participate, please email SFRA Vice President Jason W. Ellis at dynamicsubspace@gmail.com.

At the meeting, the main points of discussion involved conferences, membership, and joining the Consortium of Professional and Academic Associations.

For conferences, Craig Jacobsen reported that the Carefree conference was on target financially, and we had 88 regular attendees and a handful of additional banquet tickets. The only complaint came from Ed Carmien: “The resort is too nice, and I don’t want to leave!”

Pawel Frelik reported on the 2011 conference in Lublin, Poland. Since the key to low rates for flights is early purchases, he said that there would be rolling acceptances for proposals. Also, the official conference website should be up by the end of July. Adam Frisch added that he is working on a post conference tour of Poland and possibly some of Europe for interested members.

Steve Berman said that the 2012 in Detroit conference is proceeding well. They have a location staked out, and they are figuring out the space requirements at the hotel.

Patrick Sharp reported that the Los Angeles in 2013 conference is going to be tentatively held in downtown LA, and it is being coordinated by Patrick, Kate Sullivan, and Sharon Sharp.

And, Alfredo Suppia proposed Brazil for 2014–World Cup tickets anyone?

And finally, Craig proposed that we join the Consortium of Professional and Academic Associations. With the SFRA EC’s approval, Craig added the SFRA as a signatory to their statement against Arizona’s SB 1070 and HB 2281. This next step would make a part of the consortium, and we would be able to opt in to future statements. It was agreed that Craig would create an anonymous poll announced in the next SFRA Review.

Most SFRAers had already left or left after the meeting. That evening, Yufang and I met up with Lisa Yaszek, Doug Davis, their son Case, Ritch Calvin, and Mariposa Guillermo for dinner at the Red Horse Saloon: 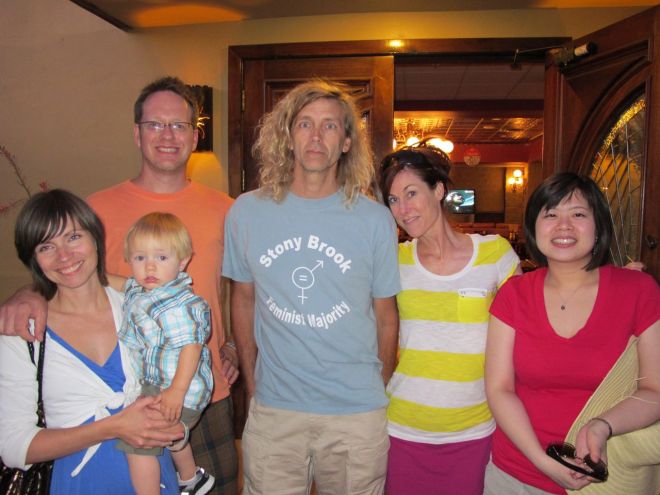 Afterwards, Yufang and I walked around in the evening looking for jack rabbits among the cacti: 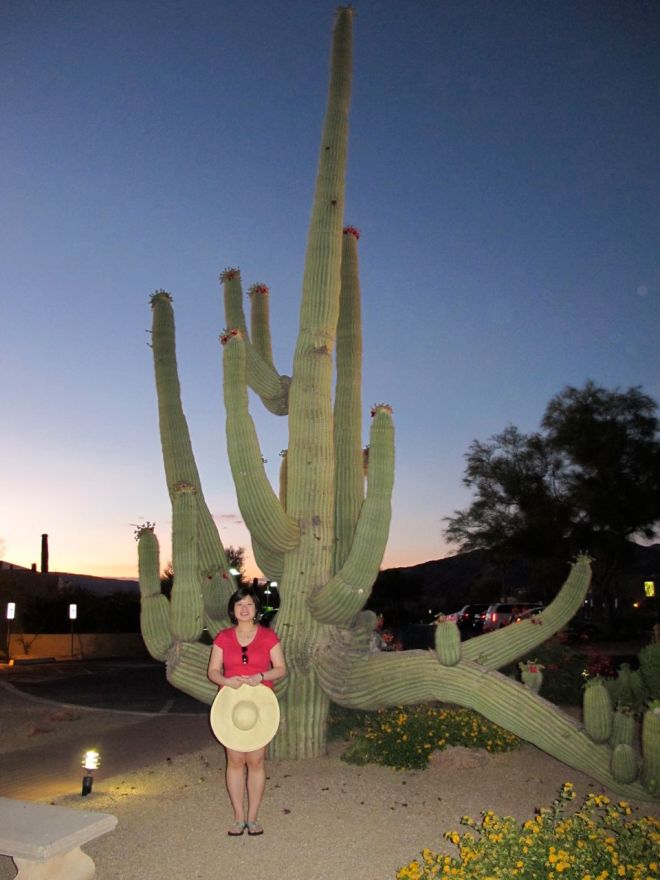 Then, we had to say sayonara to Carefree for our 4:40am shuttle pickup to take us back to the Phoenix airport. It was too short for us, but I hope that everyone had as good a time as we did (sans migraines) in Carefree. Craig did a terrific job with organizing and executing this year’s conference!