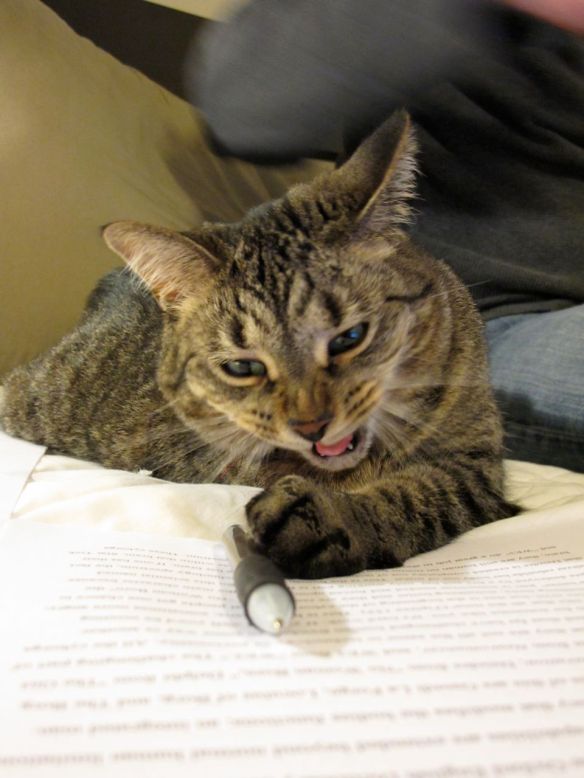 Folks who teach writing should read Patrick E. McLean’s essay, “A Defense of Writing Longhand” (on his official site here, and originally spotted on LifeHacker here). In his essay, he argues that he writes better longhand than computer typing, because longhand enforces a singular focus that we tend to lose when using a computer (I would say even with screen isolating typing software, because you may still think what is going on in cyberspace just beyond your imposed veil).

I tend to agree with McLean. I believe that I write better in longhand than I do by typing. After I have written something in longhand, I type it into my computer and in that process I begin editing. Putting ideas down in writing on the page is a different operation than styling and improving your words through editing. Computers are very well suited to editing, but I have to admit that my computer can be a multitasking nightmare for me. Even with all other applications closed, I still have reminders of backups, wireless networks, the time, and even with the screen blanked only for writing, I can still occasionally hear the click and whirr of my hard drive (even when I used to have a SSD, I could still hear the fans of the computer and a barely audible buzz from the hard drive compartment).

Of course, everyone’s approach to composition is different, but this is exactly the reason I ask my students to use computers and longhand for different assignments in my freshman and sophomore writing classes. This challenges students to use different styles of composition, and it allows students who may have one preference over another to show me what they are capable of in that particular medium.