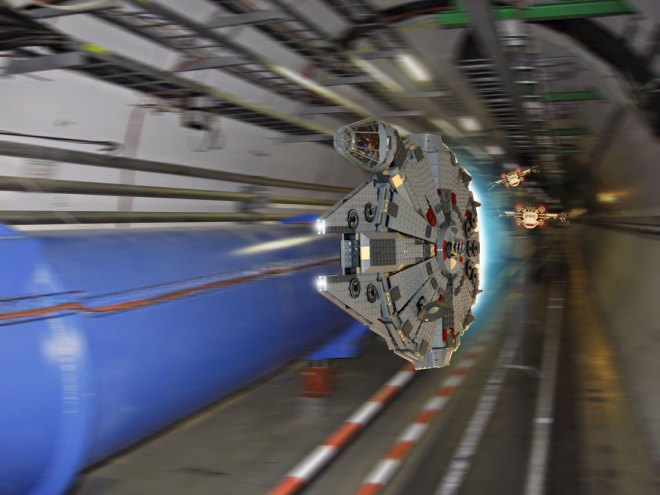 This is a very rough cut of an image that I’ve had in mind to make for awhile, but I thought I would show off this early draft. There’s a poster of the Falcon flying into the heart of the second Death Star in ROTJ, so I thought I could recreate it with Lego. I pulled this image of the LHC tunnel 1 and applied a motion blur. Then, I cut out  photos of my 4504 Millennium Falcon and 6212 Luke’s X-Wing Fighter. I added engine effects and lights to the front of the Falcon. With more time and effort, I believe that I can turn out a very nice composite reproduction of the ROTJ poster. Though, I will need to take a new picture of the Falcon with Billie Dee and Nien Numb at the controls. If you know of a better tunnel image with exposed pipes, please mention it in the comments.